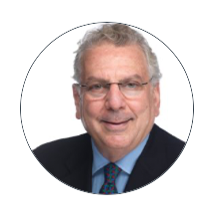 Joel King practiced law for over twenty years, having established the law office of King & Haberkorn with Max Haberkorn. In 1999, the two retired from practice, and Joel began focusing his time and attention on community service. Alongside his professional career, Joel has spent a great deal of time volunteering for the community at large (McGill’s Goodman Cancer Research Centre, Hope & Cope, the Missing Children’s Network, the Jewish General Hospital Foundation), and for the Jewish community in particular (the Davis Y, the Shaare Zedek Synagogue and Federation CJA).

He has participated in and led several missions to the Former Soviet Union and to Israel; co-chaired The March to Jerusalem in 1998; served as Chairman of the 1999 Combined Jewish Appeal Campaign, and as Executive Director of the Jewish Community Foundation (2000-05), where he is currently an Executive Vice-President. Joel has worked on various Federation CJA committees, and has served on both the Executive and the Board of Federation CJA. He currently co-chairs Federation CJA’s re: nous Committee. He and Marlene launched (and continue to sponsor) the PJ Library Program in Montreal.

Joel earned his undergraduate degree in Science from McGill University in 1968, followed by a B.C.L. (Civil Law) in 1971 and an LL.B (Common Law) in 1972, also from McGill. He was subsequently licensed to practice law in both Quebec and Ontario.